Tagore believed in smooth flow of ideas between the east and the west. Many of his seminal writings and artistic contributions are the products of this extraordinary confluence that defies borders…
By Swarnendu Biswas

On 7th May, Gurudev Rabindranath Tagore’s 160th birth anniversary was celebrated in India and elsewhere in the planet, but perhaps not with usual fanfare because of COVID-19 restrictions. The influence of this prolific polymath on the post-modern Indian literature is still very much evident even 80 years after his demise, on 7th August 1941. 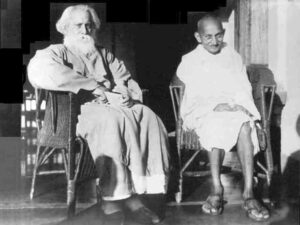 It is common knowledge that he was a poet, novelist, playwright, essayist, composer, philosopher, and educationist all rolled into one. His versatile genius was manifested in varied forms of literature and also in the original music form created by him – Rabindra Sangeet. That was not all. In his late 60s, he began trying his hand at painting, drawing with earnestness, and twenty years later he was already regarded as a celebrated modern Indian painter.
The first Asian Nobel laureate (in 1913, for his collection of poems titled Gitanjali) was a product of Bengal Renaissance with a pluralistic world view. His seminal writings and other artistic contributions are the products of myriad influences on him, and they, in turn, have influenced successive generations of writers, poets, artists and musicians in India and abroad.

Short Story Teller
Tagore’s literature can be very simply described as a bridge between the nineteenth century Indian literature and the modern Indian literature which began to take shape from 1940s. A bridge you need to cross to get a comprehensive view of the evolution of Indian literature. He can be easily credited with heralding the wave of modern literary trends in India. One of the foremost contributions of Tagore towards Bengali literature was the developing of the short story format.
He can be credited for giving birth to short stories in Bengali literature and grooming this literary form from birth to its full blooming youth through his immense literary inputs, from where many other illustrious modern Bengali litterateurs, of course, took the form to its present maturity.
In fact, Tagore as a world class short story writer can be regarded at par with Anton Chekhov, Maupassant and O Henry. It is not sure whether Tagore was inspired by the west in developing the short story format in Bengali literature but it is interesting to note that three of these maestros of short stories began writing their short stories during the same period that is between late 1870s to early 1880s. O Henry began his short literary career of nine years in 1901. 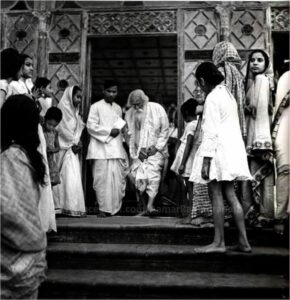 Feminism and Magical Realism
One can say that thanks to Tagore, short story writing in India was developed and chiseled in the same way as in the west, during more or less the same period. But it can be safely assumed that one of the famous short stories of Tagore titled Streer Patra (The Wife’s Letter), which is perhaps the first short story in Bengali literature written in colloquial Bengali, was inspired by the world renowned drama of Henrik Ibsen titled Doll’s House.
It is also the first literary work of Tagore with a strong feminist perspective, a stance which he took rarely in his long and illustrious literary career. His female protagonist in the story, Mrinal was etched in far more modernist lines than was then conceivable in Indian literature. The story was written in 1914.
Tagore was perhaps the first to introduce magical realism and open-ended story telling in Indian literature with his celebrated work Kshudhita Pashan (Hungry Stones). That was almost seven decades before Gabriel Garcia Marquez amazed the literary world with ‘One Hundred Years of Solitude’, in 1967, which is perhaps one of the most profound post-modern works of magical realism. Both magical realism and open-ended story telling are among the important elements of western literature. Chekhov can be credited with hugely developing the art of open-ended story telling. 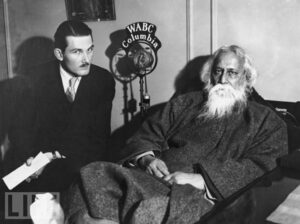 Evolution of Bengali
Tagore also immensely contributed towards evolving Bengali language and literature to its present rich and flexible state by removing its rigid shackles, which in turn helped future writers in Bengali literature to flow their thoughts lucidly.
Another Nobel laureate and world renowned economist Amartya Sen while doing a book review in The New Republic, said, “In many different ways, Tagore’s writings reshaped and reconstructed modern Bengali in a way that only a handful of innovative Bengali writers had done before him, going back all the way, a thousand years earlier, to the authors of Charyapad, the Buddhist literary classics that first established the distinctive features of early modern Bengali.”

Multidimensional Characters
Tagore was one of the firsts to introduce nuanced multidimensional characters with grey shades in the realm of twentieth century Indian literature. His writings (especially his novels) often focus more on deep analysis of the characters’ mind; their conflicts and turmoil, etc. in the backdrop of complex socio-cultural and socio-economic dynamics rather than the plot or the narrative structure. Tagore’s Gora and Ghare Baire can be construed as apt examples of such a form of literary endeavour.
Similar trend began developing in western literature during the mid to late nineteenth century. In fact, this writer found the narrative structure in his novels to be seldom entertaining and almost never racy; almost always demanding careful, introspective reading. 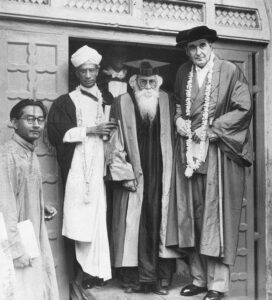 Radical Thoughts
The western influence in Tagore’s writings was more marked in his later years. In his novel Sheseher Kobita, the great literary genius hailed as Kobiguru, Biswakobi put forward the case for open and simultaneous multiple relationships between man and woman through his protagonist Amit Roy’s words. In the rigid and conservative India of those times (the book was published in 1929) such a radical thought was seldom discussed in daily life and never in contemporary literature of those times. In Sesher Kobita, the influence of western liberal thought is very much pronounced. The book can be regarded as modern in appeal even by the European standards of morality.
Interestingly, in the same year of the publication of Sesher Kobita, eminent philosopher Bertrand Russel’s Marriage and Morals, where open marriage is unabashedly advocated and the virtue of sexual fidelity is strongly questioned, created quite a controversy even in the liberal west.
In his short story Laboratory (1941), Tagore even introduced a thoroughly sexually liberated woman protagonist named Sohinee, which clearly indicates influence of western literature and defies the convention of Indian literary trends of those times.
Cigar smoking Neela in the same story also seems to be influenced on western lines and was much ahead of her times. Such sexually liberated and strongly individualistic woman protagonist is seldom found even in today’s Indian literature, which by and large, even today is conformist in its character. However, despite such ambitious attempts, Tagore couldn’t handle his women characters with nuance in Laboratory and to this writer the story seems quite contrived, especially in its ending. 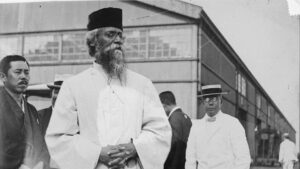 Connecting Thread
Being a true internationalist, Tagore believed in smooth flow of ideas between the east and from the west for the growth of humankind. He not only holistically presented India before the west with all its beauty, ugliness, complexities and nuances through his complex and subtle literary creations, but also gave a novel education system to the world through the platform of his experimental school of Santiniketan, which disseminated learning that was far removed from the regimental system of western education.
He wanted to position Santiniketan as a connecting thread between India and the world, and was moderately successful in such praiseworthy attempt.

According to Swagatalakshmi, who has the unique and astonishing distinction of recording all the 2,232 songs in Tagore’s celebrated book of songs titled Gitabitan (her collection of rendition of all the Tagore’s songs is termed Ekala Gitabitan), several songs composed by Tagore during 1881-1888 were inspired by western tunes. “Robert Burns’s famous Scotish poem and song Auld Lang Syne inspired Rabindranath in creating his famous song Purano Sei Diner Katha; then the world renowned song Ye Banks and Braes (also written by Burns in 1791) inspired him in creating Phoole Phoole Dhole Dhole”. She goes on to enthusiastically narrate and also sing several more apt examples of western musical inspirations in Rabindra Sangeet while maintaining “In my own opinion, Rabindra Sangeet can be best expressed through piano.”
Thus, we can see that Tagore presented a wonderful synergy of Indian and the modern western traditions in his diversified creative manifestations, which in turn contributed to some extent towards his towering cosmopolitan and global persona. The fact that he kept the windows of his mind open till his last breath helped him to emerge among the very few truly global Indians and a global citizen of his time.

The Author is a senior journalist and author, Swarnendu is presently working
in a Delhi-based publication house. His interests are varied and so are the topics of his writings.