Tryst with the Tribes is an eminently readable, anecdotal account of scholar-administrator Pravir Krishna’s experiences in Sarguja and Bastar districts, and later as the managing director of Tribal Cooperative Marketing Development Federation of India Limited (TRIFED) – popularly known as Tribes India. The narrative is enriched with historical as well as contemporary perspectives on livelihood interventions and grassroots entrepreneurship. It shows how much positive change and transformation can be brought about by a committed individual, especially if he is a member of the coveted IAS.
It all began with P. Sainath’s Everybody Loves A Good Drought (1994), which set in motion a chain of events which drew the young civil servant, Pravir Krishna, into the fold of ‘tribes’. From then, his tryst with tribes was predestined. Taking immediate cognisance of the report, the then chief minister of undivided Madhya Pradesh, Digvijaya Singh, made a spot inspection, fired the entire district administration, and appointed the best officers of the state in Sarguja – the district where 24 poverty-related deaths had stirred the conscience of the nation. After an arduous 16-hour car journey, Krishna took charge of the new district within 24 hours and set about addressing two crucial areas – education and health – which he felt would be the key to the transformation of the district. Choosing pink for school buildings and blue for hospitals, the new look of the buildings signalled a new beginning – that of an administration determined to be clean, functional, professional and result-oriented. Working 24×7, Krishna’s team formed a Rapid Response Force to arrest the spread of malaria and gastroenteritis in Korva tribal village, whose headman made him a sagaa or honorary member of the tribe – the highest tribute that could be offered to one who had not been born as one of them.
Many civil servants would get intimidated by summons from the High Court but for Krishna, this was a chance to take the bull by the horns and even as the government lawyer “mysteriously disappeared” at an opportune time, he marshalled all the facts before Chief Justice J.S.Verma, who not only appreciated the spirit of the young collector but personally came to the district headquarters to see for himself the “work of this young fellow”. Likewise, the visits of B. N.Yugandhar, the legendary director of the Lal Bahadur Shastri National Academy of Administration (LBSNAA) gave Krishna the confidence and encouragement to continue his mission with renewed zeal. 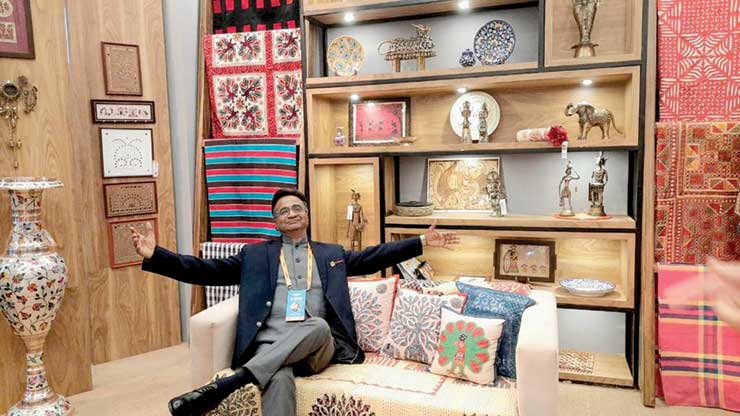 The Bastar posting came even more dramatically. En-route to Bhopal by the Chhattisgarh Express for a regular review meeting, an announcement was made on the railway public address system at Durg station that the collector of Sarguja must disembark. Krishna was asked to forgo the review meeting and proceed to Bastar – in the heart of the ancient Dandakaranya forest –which was then the largest district in the country with 32 development blocks. His predecessors in the district included the anthropologist administrator, W.V. Grigson, before Independence who served from 1927 to 1932 and wrote The Aboriginal Problem in the Central Provinces & Berar. The point to note is the mental frame – the term used is aboriginal, and it is still a problem, awaiting a solution. The noteworthy contribution of the defrocked missionary, Verrier Elwin, who first came to serve the Gond villages at the request of Jamnalal Bajaj and Sardar Patel, is also significant – for it shaped our policy towards the tribes and their development. Known for his study of the ghotul or the village dormitory where the tribal youth learn their survival and cultural skills, for Krishna it was Elwin’s Maria Murder and Suicide which was very relevant for administrators. The concept of open jails which has now been adopted across states is an outcome of this study. Post-Independence, his predecessors included the legendary R.C.V.P. Noronha, who served the district for six years from 1949 to 1955, and Dr B.D. Sharma, who later became the commissioner for Scheduled Castes and Scheduled Tribes.

But why was he brought to Bastar so abruptly? He was chosen to put an end to the pernicious racket of malakmabuja under which a parcel of government land with fine teak trees would be certified by the patwari as land in possession of the tribal, who in turn would seek permission “to fell the trees and till the land to feed myself and my family members” and put his thumb impression in consideration for some pocket money. The compensation amount for the undercounted and undervalued trees would be issued in the name of the owner but collected by his ‘agency’ who was part of the timber mafia which organised this on a commercial scale.
Language was no barrier during Krishna’s extensive tours into the interiors, especially the hasa bazaars, which were more than places for truck, barter or exchange. It was in these bazaars that he noticed salt which was clearly marked ‘unfit for human consumption’ being exchanged for precious oilseeds by the traders or kochiyas. Outraged by the ‘normative’ response of the key stakeholders, Krishna decided to make a direct intervention: unless the terms of exchange were transparent and fair, there was no way the tribes would be able to escape from this vicious cycle. This in turn required intervention in education, health, and agriculture: these were the building blocks of the virtuous ecosystem of empowerment, enterprise, and control over resources. For decades, the unholy nexus between the forces of the state (represented by the forest and revenue department) and the market (represented by the kochiyas) had pauperised, disenfranchised and laid waste the self-esteem of the tribes – making them vulnerable to the machinations of left-wing extremism. 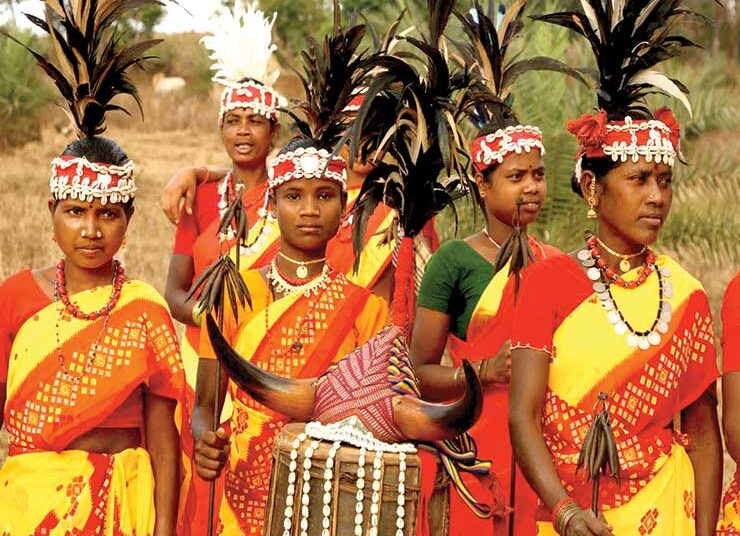 This then set the stage for the Imli Andolan, which to my mind has an immediate parallel: both with the Gandhian Champaran Satyagraha and the Kurien-led Anand pattern of cooperative societies for milk producers. As Krishna writes, “to feel righteous anger at an injustice under your stewardship is one thing: to design a suitable intervention to address the cause of that anger is another”. And this is what followed. With support from K. Ram, a sensitive banker-turned literacy messiah, and his younger colleagues, Deepali and Manish Rastogi, the stage was set for using andragogy as a tool of empowerment. Literacy had relevance for the tribes only if they could learn to manage their own Self Help Groups, and understand the terms of trade as well as the value chain of tamarind. The literacy mission thus led to the Imli Andolan, which has now morphed into the Van Dhan programme, heralded by none less than the prime minister himself. The media too played a positive role – with India Today, Down to Earth, The Times of India, Hindustan Times, NDTV and the BBC pitching in to support the silent revolution – one which proved to be the best counter narrative to the left-wing extremism propaganda of the state being hand-in-glove with the exploiters. This is a fine example of the state and its instruments working proactively to transform the landscape.

One could go on and give numerous examples – from the in-built corruption in the FAQ norms for the Public Distribution System procurement to universal insurance cover without the beneficiaries being aware of how to access the benefits – but as this is a review, and not a synopsis, I would urge the reader to grab a copy and immerse himself in this wonderful journey.
Before closing, a few lines about Tribes India – the popular brand name of TRIFED, an organisation which has seen a remarkable turnaround: a four-fold increase in retail outlets, a robust online presence, Adi Mahotsav (celebration of tribal art, culture and cuisine), recognition of and support to Geographical Indicators and a product range which now includes furniture, Ayush products, designer stationery and bridal trousseaux. All this became possible with two key mantras: motivation of staff and collaborations with ministries, departments and institutions. No wonder Krishna won three awards in the individual category for his exemplary and inspirational leadership: CEO of the Year, Brand Builder of the Year and Entrepreneur of the Year from The Economic Times, where your columnist worked before joining the IAS. But Krishna candidly admits that the real heroes are the women and men of the burgeoning tribal start-ups across Bharat – from the weavers in Ladakh to the wine brewers in Nagaland and the manufacturers of neem-based cosmetics in Rajasthan!