“The mystery of jungles always captivated me” 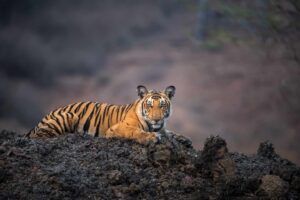 The nest-building activity of a snake, in camouflaged surroundings, as it twirls in a mound of dry fallen leaves, to eventually create a particular temperature in the nest for its eggs. The courtship and mating behaviours of the peafowl and the Draco lizard. The dry, rocky habitat and its resident bears. The feeding habits of animals and birds as also the predator-prey relations of the wild. Hornbills eating a fruit that is avoided by all other wildlife being neurotoxic to them. An adult female sāmbhar shooes away a pack of dholes wanting a young fawn for their meal.

These are some glimpses of the film Wild Karnataka that has won this year’s 67th National Film Award in two categories: best exploration movie and best voice-over/narration. JS Amoghavarsha, the Bengaluru-based creator of the film, shares his journey into the wild, and how Wild Karnataka came into being, in a freewheeling interview with N. Kalyani. Excerpts…

How long did it take to film Wild Karnataka? Which national parks and wildlife areas, and their wildlife inhabitants did you cover?

It took us about 4 years to make Wild Karnataka. And, we have covered almost all the key wildlife areas of Karnataka, starting from the deciduous forests of Nagarhole and Bandipur to the Western Ghats. We have captured not just the rocky habitats of Hampi, for instance, but also the underwater marine life that is found here. We have filmed not just the big mammals such as tigers, leopards and elephants that are to be seen in the forests, but also the small ones like frogs, snakes and insects, as also marine wildlife.

Our focus on the lesser known areas of the state such as the rainforests, and the wildlife species that inhabit the habitats has been quite unique. For instance, the sequence on the flying lizard, Draco, is an interesting and a lesser-seen sequence. 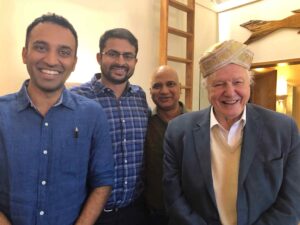 How did Sir David Attenborough come on board for this film? What kind of an international collaboration was this?

Sir David Attenborough became part of the film as its narrator thanks to our international partner Icon Films. They showed Sir Attenborough the film we had made. He really liked it, and agreed to do the voice-over. Icon films in Bristol, UK, was our production partner. We did all the editing and post-production work of the film at their facilities and with their teams.

What was the experience like to interact with Sir Attenborough?

It has probably been one of the best experiences ever to meet someone who has inspired me all my life. He was more than what I had imagined of him. A down-to-earth, humble, witty and dedicated legend. He is all that and more. 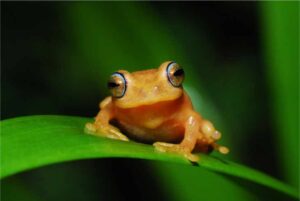 Who penned the script of the film?

The script was written by our core team that included Bengaluru-based wildlife photographer and filmmaker, Kalyan Varma; our edit producer of Icon Films, Nicholas Gates, who is a naturalist and author based in Bristol, UK; and myself.

What message(s) have you tried to bring out through Wild Karnataka?

The film aims at letting viewers experience wonder at what they watch in it. The film also lets viewers know that they do not have to travel far and wide to appreciate wildlife. The state of Karnataka has a great deal to offer in this respect. The film sends out the message that we all need to pay attention to and start caring for wild areas.

You have done your bachelors in computer science, and you moved from being a corporate executive to making wildlife films. What prompted you to make this shift? 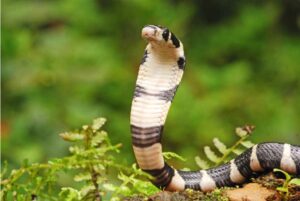 What are the wildlife films that you have made, besides Wild Karnataka?

I have made a film on river terns eponymously titled River Terns. Another film that I have made is Kali. This award-winning film on the Kali River that flows through the Western Ghats of India follows the journey of a 100-year-old grandmother to the source of the river. Following an unequivocal response from policymakers after watching the movie, the Dandeli Anshi Tiger Reserve was renamed Kali Tiger Reserve. The movie won the Impactdocs award of merit in 2016.

Going back to your early years, when did your interest in Nature and wildlife take root?

Having grown up in a home filled with books that my dad collected, I started reading Jim Corbett and Kenneth Anderson during my school days. The mystery of the jungles and the creatures portrayed in these books always captivated me, and made me want to travel and visit thick forests. 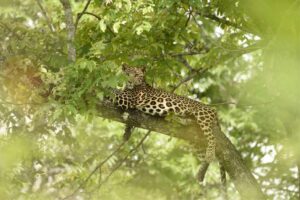 The 52-minute film has a high exploratory quotient. Technology has played a huge role in this film, as one gets to see the aerial view of various habitats and landscapes too, as for instance, of River Kabini and its surroundings.

Made by wildlife photographers, filmmakers and conservationists, JS Amoghavarsha, Kalyan Varma, Sarath Champati and Vijay Mohan Raj, the film has been narrated by internationally well-known British broadcaster and passionate naturalist Sir David Attenborough. And the credit for the well-orchestrated background score goes to the Grammy award-winning music composer and producer, and environmentalist, Ricky Kej.

The Ultra HD film on the rich biodiversity of the state of Karnataka has been filmed fully in 4K, using both aerial and hidden cameras. It shows some rare occurrences and events of the natural world.

The film was also released in PVRs in India. Besides the National Film Awards, the film has won several other awards. JS Amoghavarsha is involved in various conservation and education projects, and also conducts photography workshops. He has worked with the National Geographic and BBC. In 2020, he spoke at the United Nations headquarters where there was a screening of Wild Karnataka. 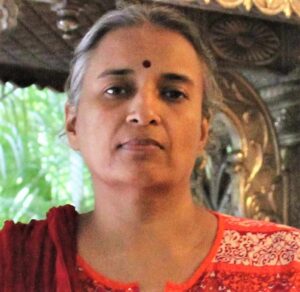 (The author is an environment writer, and has written for
various Indian newspapers,magazines and journals.
She has also done programmes for Radio.)

TOURISM MUST BECOME SUSTAINABLE. THE PHYSICAL ENVIRONMENT MUST BE ‘TOURISM PROTECTED’