The Prime Minister, Shri Narendra Modi being welcomed by the Indian Community, on his arrival, in Singapore on November 14, 2018. 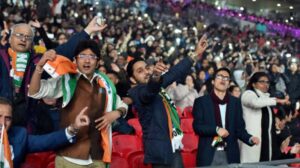 As international focus is increasingly shifting towards getting to the bottom of truth behind the emergence of Coronavirus and China’s alleged role in developing it in a lab in Wuhan, India is profusely thanking its global partners and diaspora for the medical and humanitarian aid they offered when it needed the most.
More than 40 countries supplied oxygen concentrators, cylinders, oxygen generators and medicines to India. On the other hand, Indian diaspora from the US, the UK, Germany, France and other European Union countries, Gulf, Southeast Asia, Africa and Latin America spared no effort in helping its country of origin in its fight with the virulent virus.
As the desperate situation demanded an effective and coordinated action plan, the Ministry of External Affairs created a dedicated COVID-19 cell with an Additional Secretary-level IFS officer and 10 others to coordinate with external and domestic activities related to pandemic abatement. Besides keeping in touch with Indian missions and foreign agencies, the cell coordinated with various other ministries and agencies to expedite clearance of medical supplies and ensure that materials are delivered to the needy.
Working 24×7, these MEA officials helped states and union territories to procure urgently needed medical aid from abroad. Ministry officials were prompt in dispatching aid that was flowing in from foreign countries and Indians abroad to the states and union territories. There was equal enthusiasm on the part of foreign governments, agencies, and the diaspora as they sent in aid on a war-footing. Adding to their enthusiasm has the quick response from foreign governments and diaspora to India’s emergency needs.
India received hundreds of oxygen concentrators, ventilators and other medical supplies from the UK, the European Union and the US— all in an effort to prevent any further loss of life from this deadly virus. “We appreciate the solidarity and assistance extended by foreign governments and diaspora organisations across the world in our efforts to combat the second wave of COVID-19,” the Ministry of External Affairs Spokesperson Arindam Bagchi said.
But then, remember, not all medical supplies coming from abroad have been free; some of them have come in as grants or secured under B to B basis. This was not the case with diaspora. Concerned by an alarming rise in COVID-19 cases with patients scrambling for beds, oxygen cylinders, medicines, and healthcare system teetering on the brink of collapse, Indian-American billionaire Vinod Khosla has pledged US $10 million for medical oxygen supplies to India. He has partnered with GiveIndia, a Bengaluru-based non-profit organisation to make available oxygen concentrators, cylinders and other necessary medical help to the country of his origin. For him, it is a critical moment for India and one should come forward to generously donate whatever he could afford. 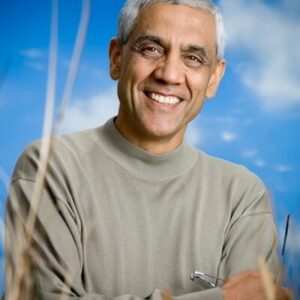 “Scale of the problem is so large that it is hard to imagine how it will be addressed. If thousands of people are dying every day, then the first thing is obvious…You have to immediately respond. Because, every single day oxygen supply is delayed, somebody dies… So sooner and immediately you act, it makes a huge difference,” Khosla said in a chat-show with Indian actor Priyanka Chopra on May 14.
It was not just billionaire Vinod Khosla, but also thousands of Indian-American community members responded immediately to India’s once-in-a-century crisis with money and medical help. Google CEO Sundar Pichai announced that his company and its employees would be providing an assistance of $18.54 million. 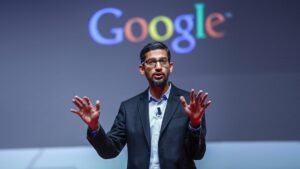 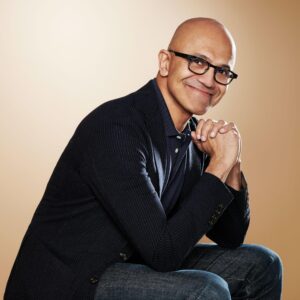 Microsoft CEO Satya Nadella said his company will continue to lend its voice, resources and technology to aid relief efforts, and support the purchase of critical oxygen concentration devices.” Pressure was also mounted by Indian-American community members on the political establishment to send humanitarian aid to India. It resulted in the Joe Biden administration backing India and South Africa’s call for waiving the intellectual property rights over COVID-19 vaccines. Without much delay, the US administration rushed oxygen concentrators, cylinders and other medical assistance to India in multiple flights.
Diaspora’s keenness to support India was matchless in substance and resolve in Germany, the UK, France, Italy and other European countries. In Germany, Bajinder Sodhi, who runs a restaurant in the middle of Berlin which is often frequented by who’s who of the country, contacted 40 big multinational companies to provide India the much-needed medical assistance. 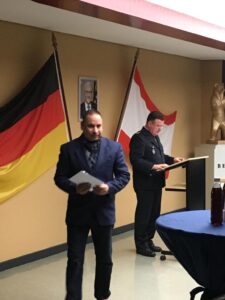 On his own, he managed to send 150 oxygen concentrators to India when the second wave of coronavirus was pulverizing the country’s healthcare system. The sudden spike in cases from the third week of April had fuelled demands for hospital beds, oxygen and medicines. Reports of the mounting death toll due to the virus were doing the rounds in social media and making headlines in the national and international media.
As a member of Indian diaspora, I was in utter shock. Messages on Indian social media about deteriorating health conditions were making me restless and it was then, I decided to rush medical help to India. I immediately managed 150 concentrators and sent them to Delhi hospitals,” Sodhi, who is also popular among German politicians, said. 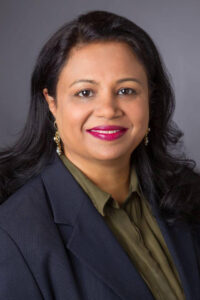 Similarly, Neena Shukla Hartmann of Prexma Consultancy, a Germany-based public relations, marketing, exhibition and event management company, swung into action and created a group called SOS PROCUREMENT.
Backed by dynamic and enthusiastic Indian-origin people like Daniel Raja and 32 others, including German and Turkish nationals, the group started contacting German companies, NGOs and individuals who can stand by India at a time of unprecedented crisis.
Regarded highly among the Indian diaspora for her helping attitude, Neena, who left India three decades ago, sent emails individually to German business leaders and non-profit groups asking them to help suffering Indians with oxygen cylinders, oxygen concentrators and ambulances.
She didn’t stop at that. In her online magazine portal, www.indienaktuell.de which she launched in cooperation with her husband Alexander Hartmann, she put up a special section: ‘Help for India, how can I donate’?
Many people tried to ship their donations on their own without knowing whether their consignments will reach the rightful place or not,” Neena said. Her portal, which is popular among Indian diaspora, presents a list of guidelines for donations, shipments of medical goods and medicines and who should be contacted for what purposes in detail. She claims this has, to a large extent, eased her job of helping India in need.
Yet, challenges don’t come knocking at one’s door. They come suddenly and like the virus, whisk away many happy people and families to the alleys of immeasurable sorrow and sufferings. This is what has hurt Indian diaspora in Germany deeply and they want to address the situation without any delay
Neena says “her heart bleeds for India.” She is working hard to see that immediate and long-term needs of people back in India are met. Through her portal and social media tools, she has encouraged people to contribute, whatever they could for victims of coronavirus in India.
Her portal www.indienaktuell.de said Frankfurt-based German-Indian Cooperation eV (an NGO) is working with 25 Indian partners who are active in urban slums and rural areas, where they support students whose parents have lost their jobs due to the crisis and are involved in building hospitals. To sustain their activity, Neena has sought donations from donors, philanthropists and others.
Similarly, Indian communities in the UK were distressed by sorry spectacle of people standing in in a queue at crematoriums for their turns to cremate their dear ones. They had never seen such heart-wrenching scenes before.
“I am deeply worried about the situation back in India. I lost some of my family members in Uttar Pradesh. I don’t want to see more people die due to lack of oxygen, beds in hospitals or medicines. We will do whatever we can for the motherland,” Ravindra Singh, who is pursuing a business and management course at the University of Stirling in Scotland, said.
With the help of his friends, he made a ‘GofundMe’ appeal and within hours raised 100,000 pounds. British-Indians make up 2.3 percent of the UK’s population. BAPS Swaminarayan Sanstha, which has a temple in London, didn’t encounter any challenge when The BAPS India COVID Emergency was established and raised 100,000 pound. However, it was not sufficient. The BAPS organized a 48-hour, non-stop static relay cycle race called ‘Bikeathon’ at its Neasden Temple in North London, Swaminarayan Temple at Chigwell in East London and the Swaminarayan Temple in Leicester in the first week of May and raised more than 500,000 pounds.
This exercise helped the organization in developing a new 500-bed facility in Vadodara, equipped with ICU facilities and life-saving oxygen, which is still running non-stop and providing pandemic-related treatments to people in Gujarat. Several BAPS-run temples situated in the UAE, Australia and the US also come up with appeals for donations, with the help of which they send medical equipment back to India.
Among the diaspora, which is one of the largest in the world with almost 20 million people of Indian origin spread across the globe, one thing is common: They are concerned about the wellbeing of their countrymen back home. They didn’t hesitate a bit when it came to offering help to India in a time of crisis. For medical and other aid to India, they not only raised funds for fund-raising through innovative ways and means, they also influenced governments of the countries of their habitation to support India. This is the reason why even today, several countries continue to send relief materials to India.