From Lab to Jab

India rolled out the world’s largest vaccination drive on January 16 against COVID-19. A close look at the headway made in the development of vaccines, and the ground that still remains to be covered…
By Alok Srivastava

It was somewhere in early December 2019 that the first case of coronavirus was reported from Wuhan city of China. Ever since the focus of the entire world has changed from thriving to surviving. From schools to offices and from marketplaces to vacation destinations, every activity had come to a standstill. In such a dire situation, every vaccine developed is like a Marvel comics superhero that will defeat one of the biggest villains of humanity, the coronavirus. The world has started feeling the cooling effect of an alcohol swipe before getting pricked by a vaccine jab.
On 9th November, 2020, Pfizer and BioNTech, two firms working as partners announced the successful trial of the vaccine that proved 90% effective. Vaccines in the past have taken years to be declared successful. The polio vaccine launched in 1955 had to wait for 20 long years before getting clearance from the American authorities. Isolating the measles virus in 1954 took nine long years before it got its approval. The medical fraternity comprising researchers and doctors needs to be congratulated to come out with a vaccine in less than a year. 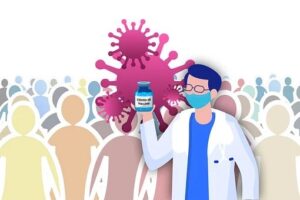 The players in the vaccine market
Currently, nine vaccines have been approved in one country or the other. People in America are being vaccinated by the jab produced by Pfizer-BioNTech and Moderna, an American Biotech firm. Britain and Europe are vaccinating their citizens by AstraZeneca (Covishield in India). Russia has its own vaccine Sputnik V that has made an entry in India through a tie-up with Dr Reddy’s Lab. China has vaccinated its population by Sinovac Biotech. Johnson and Johnson has also announced a single-dose vaccine that has got the WHO approval and is currently available in the USA market.
Coming to India, the Serum Institute Pune, under a licensing agreement with AstraZeneca, is producing Covishield. The vaccine is supposed to be taken in 2 doses with a gap of 12-16 weeks (earlier the recommended interval was 6-8 weeks). Joining the league in India is Bharat Biotech’s Covaxin that has demonstrated 100% efficacy against severe SARS-CoV-2 infection. It has yet to receive the WHO’s emergency approval but is expecting the same between July and September. The vaccine is given in two doses at an interval of 4-6 weeks. 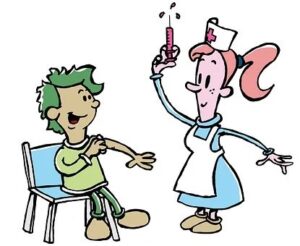 The virus variants
As the virus spreads, it multiplies. When a virus replicates or makes copies of itself, it sometimes changes a little bit. It’s like you are photocopying a paper to share it with your friend. He again photocopies it to distribute it further. In the process one of the photocopying machines that has a defective lens converts an H into two I I’s with the central line missing. All the subsequent photocopies will reflect two I I’s instead of H. The vaccine that has been taught to read H will find it difficult to read two I I’s and thus become ineffective.
In the last year, several variants of coronavirus have emerged. The one currently in the UK known as B.1.1.7 spreads more easily. The South African variant called B.1.351 has worried the scientists as it is considered to be the least responsive to existing vaccines. Brazil has a variant called P.1 while the New York one is called B.1. 526. The Indian strain what is being called B.1.1617 is a double mutant meaning that it had two key mutations. 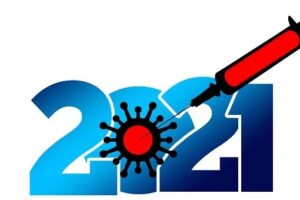 How does the vaccine work?
This is the tricky part to explain. Most of the vaccines till now were based on the technology of introducing a weakened strain of the virus in the human body. The normal virus particles were inactivated so that they don’t multiply in the body and injected in form of a vaccine. The Immune system of the body immediately recognises the foreign body and attacks it by producing a lot of antibodies. An immunised person can resist the virus attack with a huge army of antibodies.
In the case of SARS-COV-2, the virus that causes COVID-19, the genetic material was published by scientists on 10th January, 2020. The vaccine researchers were able to single out the gene responsible for the spike protein with which the virus membrane is studded. It’s these spikes that get attached to the human cell and infect them.
Vaccines based on the mRNA technology
The mRNA vaccines are based on messenger RNA technology. In this technology, instead of using a weakened strain of the COVID virus, sequences of genetic material called mRNA are injected into the body in tiny capsules made of lipids. The mRNA is a synthetic genetic material that provides the human cell with recipes to make proteins. After immunisation, the body cells churn out copies of the coronavirus spike protein that alerts the immune system and stimulates it to attack the real virus. The Pfizer and Moderna vaccines are based on mRNA technology.
Vaccines based on the weakened strain of the virus
The vaccines produced by AstraZeneca and J&J use a version of the spike gene that piggy rides on a harmless adenovirus found in monkeys. When the resultant virus infects the human cells, it makes them produce spike proteins that attract the attention of the human immune system. The Bharat Biotech’s Covaxin, the Chinese Sinovac, and Russia’s Sputnik-V vaccine are all based on weakened strain technology. 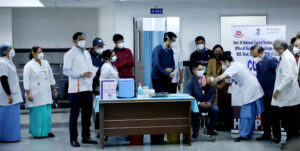 Why the delay in Vaccines?
Making a vaccine is a complicated process. The Pfizer vaccine involves 280 components from 86 suppliers in 19 countries. Even a delay of a couple of components leads to a delay in vaccine production. The recent American export controls have harmed European vaccine companies which need special bags from America in which to make their product. At a vaccine supply chain meeting in March, one of the firms complained of 66-week delivery times for the supply of bags.
Making a batch of vaccines can take between 60-180 days. A disruption in raw materials, packing materials, and other important ingredients may delay the vaccine-making process by few months. The Serum Institute of India’s Head Adar Poonawalla recently requested President Joe Biden to lift sanctions on exports of raw materials.
Biden administration on 5th Feb implemented a law dating from the 1950s called the Defence Production Act (DPA). The Act ensures that the American pharma companies don’t run short on raw materials needed to make vaccines. As a result, American companies making raw materials couldn’t export them to other countries from Europe to India. On request of the Indian government, the Biden administration gave a one-time waiver. If the supply chains work well and if raw materials are available freely, the world can produce 14 billion doses of vaccine this year.
A part of the responsibility for vaccine shortage in India has to be shared by the health administration that failed to see the second wave coming and ordered vaccines in a much shorter quantity. But with the manufacturers ramping up production, India will soon see enough vaccines for everybody in the next couple of months. 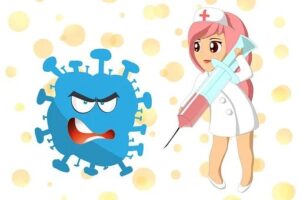 Are vaccines safe for kids?
People across the country from the common man to the government officials are apprehensive about a third wave that may impact children this time. The current vaccination drive covers 18-44 age groups and beyond but what about children aged 12+.
The US Food and Drug Administration has amended Pfizer-BioNTech’s emergency use authorisation to expand the use of its vaccine in the 12-15 age group. A study on 2000 adolescents in the USA showed that the vaccine was safe and effective. Taking a cue, the European Medicines Agency, EMA on Friday, 28th May recommended the use of the vaccine made by Pfizer and BioNTech to be expanded to children of the ages 12-15 years.
As the vaccination drive accelerates, vaccines of all makes will be cleared by authorities of the respective countries after successful trials. Inoculating children is considered a critical step towards reaching herd immunity and taming the pandemic. It’s only immunisation that will help the schools get back their students once again. And, its immunisation that will see the world get back on its toes.

(The author, who served as president, Outlook, is now a full-time blogger and into creative writing)