Canada and India have a longstanding bilateral relationship built upon shared traditions of democracy, pluralism, strong interpersonal connections and longstanding people-to-people ties. The two countries have embarked on a process aimed at improving and expanding their bilateral ties. The programmes conducted by the Bharat Centre of Canada in collaboration with the Consulate General of India in Toronto provide an understanding of how to enhance the scope of cooperation and engagement. The aim is to highlight existing collaborations, articulate the factors underpinning success, and promote interdisciplinary study and activities on India and Canada-India relations, with focus on strategic studies, economy and trade prospects, innovation, entrepreneurship, and on India-Canada prospective research.
The Indian Consulate in Toronto, in association with the Bharat Centre of Canada, organized a भारत को जानों or “Know India” programme as part of ongoing events relating to the Azadi Ka Amrit Mahotsav celebrations. The five-day programme provided comprehensive information on a wide range of subjects covering history, culture, philosophy, national security, education, science and technology. Local TV channels and newspapers covered the event. 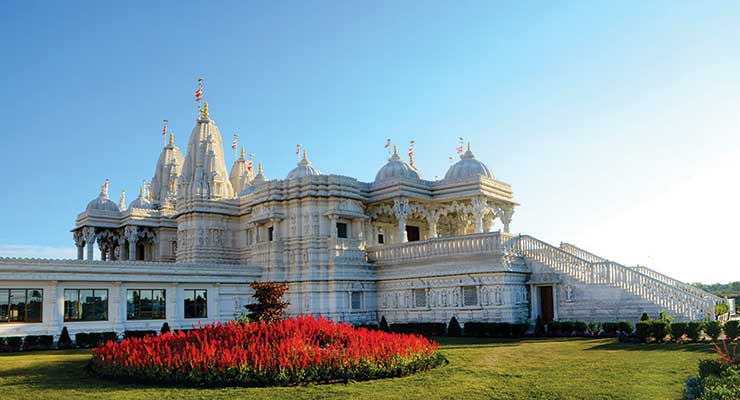 To commemorate India’s 72nd Republic Day a workshop was organised jointly by the Bharat Centre of Canada and University Canada West, in association with the Consulate General of India in Toronto, on “Complementarities Driving India-Canada Relations”. The topic of discussion was “Collaborative Innovation and Entrepreneurship”. Such initiatives not only enhance the credibility of all the shareholders but also lead to stronger research and policy outputs and capacity building. The distinguished speakers, eminent guests, presenters and panellists included academics, practitioners, policymakers, diplomats, technocrats and scientists. 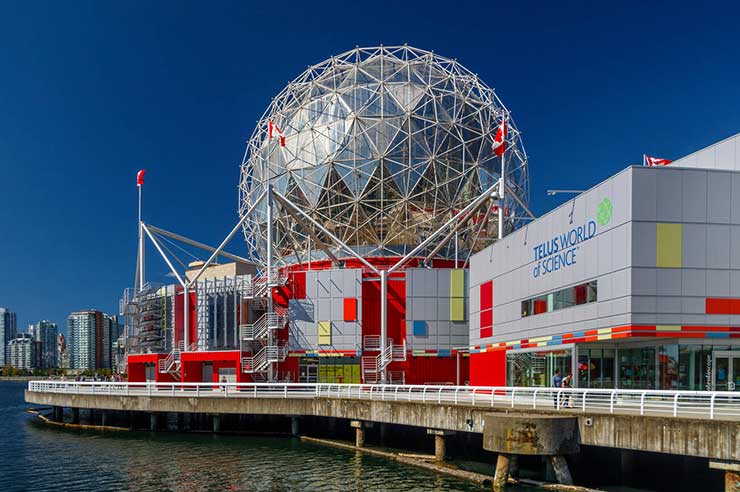 A workshop was organised jointly by the Bharat Centre of Canada and ICICI Bank Canada’s Indian @Heart Club in association with the Consulate General of India in Toronto. The speakers at the workshop discussed various options and opportunities for collaboration between the two countries. Canada is home to around two million people with Indian DNA. There is huge potential for collaboration. The workshop focused on collaboration options regarding investment, trade and business opportunities in India for Canadian investors, businessmen and entrepreneurs.

The panellists highlighted that for long India has been a priority market for Canada. India is Canada’s ninth largest export market, and tenth largest trading partner. Canada’s commercial priorities in India are targeted at India’s policy objectives and sectors where Canada has a comparative advantage. The purpose of this workshop was to identify possible new approaches and suggest development of appropriate and relevant policies to enhance the bilateral relationship.

Covid-19: Impact on Education and Beyond, published by Bharat Centre of Canada in collaboration with Vij Publications, was launched online and a discussion held, organised jointly, in association with the Consulate General of India in Toronto, by the Bharat Centre of Canada and University Canada West. The book is a timely publication, looking into the current pandemic worldwide.

The 75th Independence Day of India, which was celebrated with great enthusiasm all over Canada, saw its main event, the hoisting of the Indian national flag, being held on the consulate premises, attended virtually by a large number of Indians, Indo-Canadians and friends of India through live streaming on the Facebook page. During the function, short videos on the theme of Azadi Ka Amrit Mahotsav were screened. Community associations and individuals organised their own celebrations, including hoisting of the Indian national flag, cultural programmes and special events marking Azadi Ka Amrit Mahotsav. The other major events held included Independence Day celebrations at Brampton City Hall, India Day Parade by Panorama India at Mississauga, and Independence Day celebrations at Niagara. My India in Canada (MICA), a prominent community association, displayed a huge Indian national flag (40 ft x 60 ft) in downtown Brampton. The India Day Parade at Mississauga was a full-day event and included dance and music programmes and cultural performances by artistes representing different states of India. About 700 cars participated in the event. Besides illumination of the iconic Niagara Falls, the main highlight of the event at Niagara was a heartwarming gesture by the Indian community in making a 75-foot-long cake, weighing almost 750 kg (to mark the 75th Independence Day).
There were a number of other functions organised by community associations and cultural organisations, which also saw participation by India enthusiasts and friends of India in large numbers. Iconic sites were illuminated in Indian national colours.
A virtual flag hoisting ceremony was held with the Quebec office in India. The Institute of Chartered Accountants of India in Toronto (ICAI Toronto) celebrated India@75 by live streaming the virtual flag hoisting ceremony to community members. 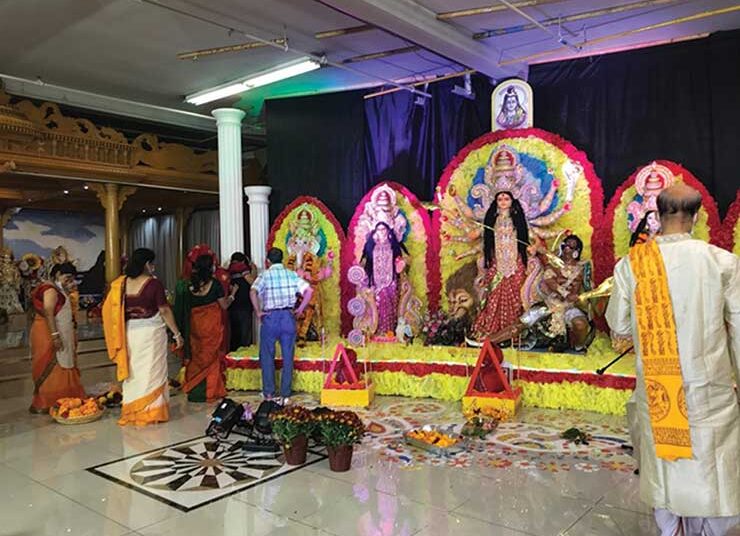 The 5th Annual Digital “Taste of India” Food Festival by School of Flavours and the Young Canadian Alliance was also held. The festival celebrated Indian independence by showcasing 75 most popular dishes from different Indian cuisines. These dishes were locally created in Canada by prominent chefs.
A webinar on Ayurveda and its benefits was held in association with the Canada India Foundation, with experts as speakers and practitioners.

The Consulate joined the felicitation ceremony to certify over 60 youth members of the Sringeri Vidya Bharati Foundation (SVBF) for successful completion of the summer study programme covering “Sanatana Dharma – The eternal religion of humanity”. SVBF Canada in Toronto has for years been the epicentre of celebrating cultural, spiritual and educational programmes that represent India’s rich and diverse culture and traditions. Such initiatives have gone a long way in developing a strong sense of Indian traditions and culture in the Indo-Canadian community.

On Onam, a traditional Kerala boat race was recreated on Professor’s Lake, Brampton, by the Brampton Malayalee Samajam as part of Azadi Ka Amrit Mahotsav. 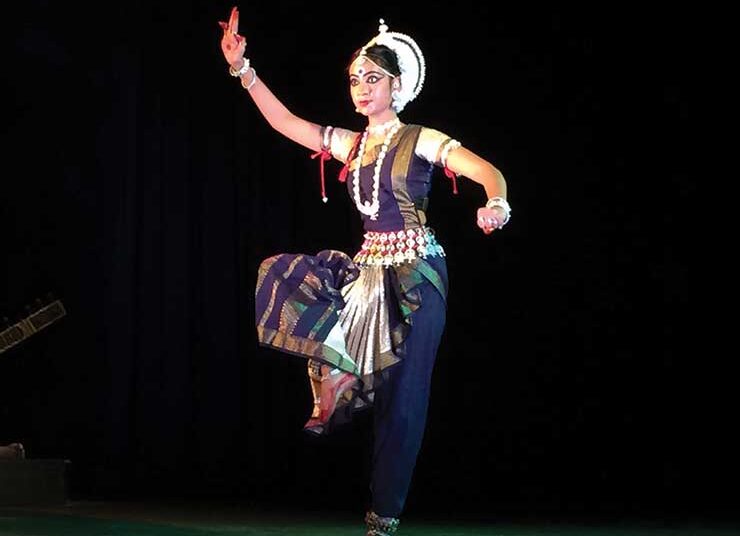 The Menaka Thakkar Dance Company organised an Odissi performance, Gita Govinda, on August 30, 2021, on account of the Janmashatami festival. Gita Govinda, a 12th century Sanskrit work by legendary poet Jayadeva, depicts the love between Lord Krishna and Radha. The performance was live streamed on YouTube.

“Celebrating Unsung Heroes” was held on August 25 at the Royal Ontario Golf Club in association with Canada India Foundation (CIF) to raise funds for the families of fallen soldiers in India. The event witnessed participation by over 50 members and CAD10,000 was raised.

Legendary filmmaker Satyajit Ray’s birth centenary was celebrated as part of the International Film Festival of South Asia, with special screenings of some of his iconic films.

Y Media and Indo-Canada Chamber of Commerce (ICCC) organised a unique gathering, “Olympic Appreciation Event – UNITED BY EMOTIONS” to celebrate the success of Indian and Canadian athletes at the Tokyo Olympics. 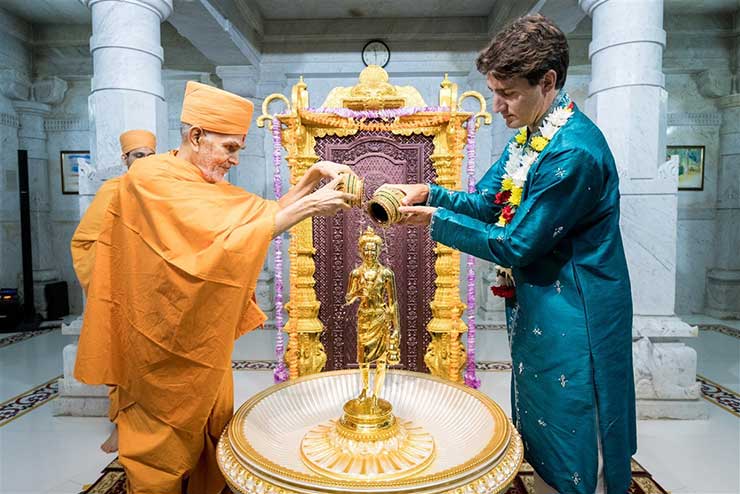 The Consulate General of India in Toronto co-organised the screening of the Irrfan Khan starrer, Angrezi Medium, as part of India Night at the Italian Contemporary Drive-In Film Festival on July 9, 2021 at Ontario Place. The screening was a tribute to the late actor and also included a special message from director Homi Adajania.

A blood donation camp was organised by the Telangana Canada Association to mark India@75 in association with Canadian Blood Services. 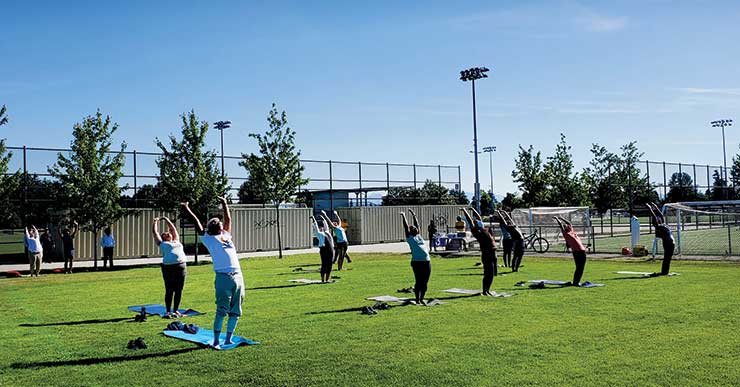 A theme-based “Discovering India” series to promote tourism from Canada to India was organized with focus on “More Journeys Off the Beaten Path” in association with India Tourism New York.
Among the events, the India Convention Promotion Bureau (ICPB) organised a workshop on “Opportunities for MICE in India” to highlight India’s strength in curating personalised and customised MICE packages for travelers from Canada.
Weddingsutra.com and prominent wedding planners held a product workshop featuring a glimpse of grand Indian weddings and luxury destinations of India for Canadian travel agents and tour operators. The webinar provided in-depth understanding of the wedding market of India for the Canadian travel fraternity.