In the wake of increasing influx of immigrants from the Hindi belts of India, political polarisation becomes sharply accentuated in NRI-populated suburbs of Melbourne

With an estimated 170,000 residents born in India, Melbourne is home to nearly 35 percent of the Indian population in Australia. Add to this their Australian born children and over 5,000 Indian students, and the number is closer to a quarter of a million people with an Indian background.

While the older generation of immigrants dating back to the 1980s and 1990s were largely related to the fields of medicine and university teaching or research, the later arrivals are a more mixed bag. The Indian presence has become ubiquitous in the city with most service station, car wash, food delivery and courier jobs being taken up by Indian university students or younger NRIs.
The relatively higher economic profile of the group is borne out by its composition with a quarter of them in the professions, 14 percent in administrative positions, 12 percent being labourers, 11 percent technicians and 10 percent machine operators and drivers. Regardless of occupation, the group uniformly prefers larger houses and is driving the growth of Melbourne’s urban sprawl in the outer suburbs. While the outer east region of Greater Dandenong earned the sobriquet of “Little India” by the turn of the century, the more recent arrivals have been driving growth in the outer west regions of Wyndham, Brimbank, and Monash with Wyndham council recording an annual population growth of five percent. The outer north regions of Whittlesea and Hume too have seen significant growth fuelled by the quest for larger homes, often at the cost of prolonged commuting and dependence on personal transport. 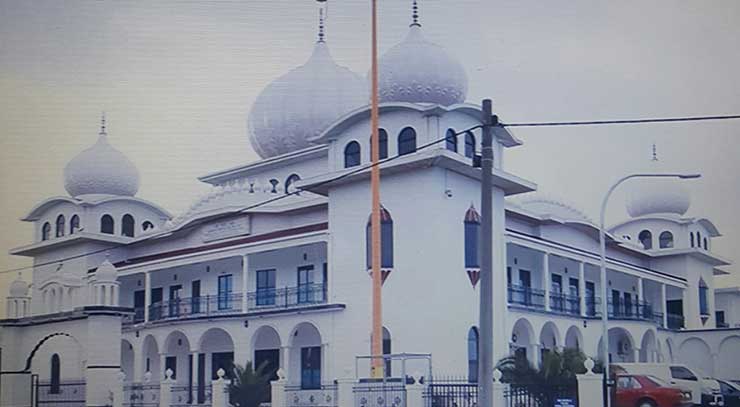 The satellite suburb of Craigieburn in the far north is now home to the largest concentration of Sikhs in the country with the Guru Singh Sabha or, informally, the “Craigieburn Gurudwara”, emerging as a significant landmark on the Melbourne-Sydney Hume Highway.
The spurt in immigration post-2011 has made a significant change in the political discourse of the community as well. The earlier generation of immigrants consisted mostly of doctors, academics and scientists, drawn mostly from Punjab and South India, who had little enthusiasm for the religious nationalist project in India. Political debate tended to be divided between the default position of support for the Labour party (as the party of multiculturalism) and a minority of wealthy professionals and business owners tending to back the conservative Liberal-National coalition.
However, the past decade’s influx of immigrants from the “Hindi” regions has brought the politics of Hindutva to the fore and differences in the NRI-populated suburbs are reflecting the cultural ghettoisation of the newer immigrants. These suburbs are witnessing a growth of niche businesses catering almost exclusively to the diaspora. It is extremely rare to find a non-Indian customer at some of the food trucks and takeaway shops in these suburbs. The support network for childcare, the custom of impromptu visits and dinner at home with friends are a welcome change from the Anglo-Australian culture of meeting in restaurants and pubs and cultural atomisation. The flip side of the coin is the growth of a commoditised religiosity which tries to shield its members from the generally laid-back agnosticism and inner-city irreverence of Melbourne.
Hindutva supporters have won places on a few councils in the outer west and have even found spots in the Liberal as well as Labour parties. The “Indianisation” of council elections was seen in a candidate campaigning on the platform of “development” and turning the council into a “Silicon Valley” while splashing posters welcoming the Supreme Court of India’s verdict on the Babri demolition.
The new politics reflects this cultural insularity of the newer immigrants. News channels had reported tensions in the outer west after the 2016 general election with the divide being largely along BJP-Congress lines but the conflict has become overt since the abrogation of Article 370 which brought tensions to the fore with protests by Kashmiris and their supporters met with counter mobilisation by Hindu nationalists active in the temple and religion based organisations, and Indian students. However, the more visible confrontations have followed the passage of the three agriculture laws in 2020. The protests against the laws have tended to be led by Sikh/Punjabi members of the diaspora, with significant moral support from other sections of both the NRIs and political/trade union activists. 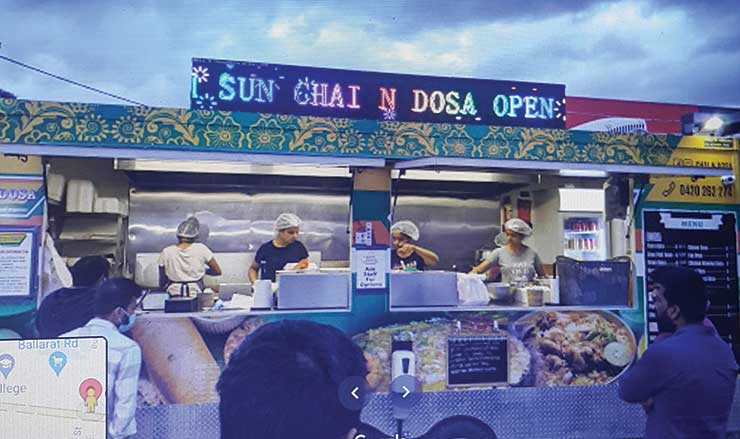 Deepak Joshi, one of the founding members of The Humanism Project, has gone on record stating that the project was launched to combat politics of hate and divisiveness in the diaspora. Joshi says the organisation has been started to create awareness in Parliament and society at large about draconian laws and violation of human rights in India and has been working with members of Parliament to create awareness about issues relating to India.
Joshi, who had been “leading a totally insular life” operating an online marketing business, was goaded into action along with likeminded academics, activists and students in the diaspora in the wake of the laws’ passage and the ensuing violence in Delhi. The organisation has been able to get individual members, particularly Greens, to raise matters of concern in Parliament and get subject experts to brief the parliamentarians. However, the pandemic has put a stop to public action by both sides.
While there has been smaller counter mobilisation at the protests as well as some “tricolour” rallies by the nationalist groups, the city did not see any direct clashes, apart from attacks on “Khalistanis” and “anti-nationals” in social and conservative NRI media.
Sydney, however, witnessed a spate of violence with physical attacks on Sikhs and destruction of property. A Haryana-based resident, on an expired visa, has pleaded guilty and has been sentenced to 12 months’ imprisonment. He is awaiting deportation after the end of his non-parole period. However, sections of the media, both NRI and Indian, have reported that he has been acquitted.
The pandemic has for the time being doused some of the flames but whether the religious nationalist appeal will prevail over the call of a more universal project remains to be seen.

(The author is a Melbourne-based senior journalist.)