Celebrating the word across Bharat 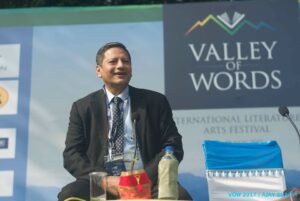 The fifth edition of Valley of Words: International Literature and Arts Festival will be held in different cities in phygital format, mixing digital and physical elements, making it a uniquely immersive experience…
By Dr Sanjeev Chopra


Most literature festivals are rooted to a city, and it certainly makes a lot of sense to ground a festival in a particular locale – for it lends continuity and a cultural connect and also affords an opportunity to young people to interact with the participants. Thus, we have the Jaipur Literature Festival based out of Jaipur, the Khushwant Singh Litfest from Kasuali, the Tata Litfest at Bombay, the Bangalore festival, Chandigarh Military History Festival as well as the AKLF at Kolkata , to name a few. In recent years, smaller towns – or Tier II/III cities (in marketing jargon), like Hoshiarpur and Kolhapur have also tried their hands at organising events around in their cities. 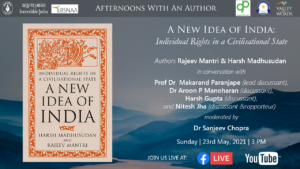 This has not only been good for the publishing industry – it has also encouraged many young authors, readers and critics to ‘demystify’ the world of books and literature. Till the turn of the century, a published author was held in awe, but over the last decade, one has seen a very positive trend of teenagers and even children below the age of five publish their books and participate in festivals and events. Valley of Words (VoW) has been a witness to this change, and has also been invited to support these events through our (limited) resources , though our anchor city has always been Dehradun (so far!)
Meanwhile, last year, thanks to the challenge of the pandemic, VoW had to bring about a major change in the format of the festival. As social and physical distancing made it virtually impossible to organize ‘physical events’ especially with the possibility of last-minute cancellation of flights and restrictions on the number of attendees, we moved to what our event management partners, Wizcraft describe as a ‘phygital event’. A phygital event is one in which there is ‘limited physical interaction, but the online presence makes the ‘world a stage’, and it is possible to get panellists and participants from across the world. The ‘phygital’ also ensures that everything is achieved forever – something which is obtrusive, and not in the natural order of things in an offline mode.
This year, even as we were getting ready for the fifth edition, the thought came up that given the new opportunities which technology has opened up, why not do this phygital event across the country in four or five locations so that the experience can be shared by many more people. It would also be a unique experiment in which the knowledge verticals of the festival are held in different cities – because even when the festival is held in one city alone, there have to be multiple venues. 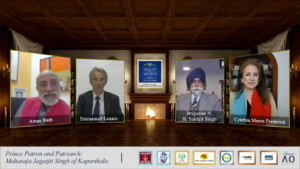 Now these venues will be in different cities – with Baroda’s Railway Staff College agreeing to host the sessions related to Hindi fiction, contemporary writings and translations from Indian languages to Hindi. As a city Baroda has always been a patron of the arts, and the best paintings of Ravi Verma were not only made in this city, but are also displayed in the Baroda Museum. The Tollygunje Club of Kolkata, one of the oldest and most prestigious clubs this side of the Suez will be the venue for English fiction and contemporary writings. Tollygunje club has a tradition of hosting its own, as well as literary events of other festivals as well and the picturesque settings facilitate the cerebral outpour!
Issues concerning Military history are perhaps best discussed in cantonment towns and regimental centres. VoW was therefore delighted to extend its support to the proposition of the Garhwal Rifles to co -host the Military history sessions at Lansdowne. This will also encourage the universities and colleges in Haridwar and Garhwal to get a flavour of a literature festival in their vicinity. The MHS sessions have been done in collaboration with the United Services Institution of India – India’s oldest and most prestigious think tank on defence and military matters. This year the theme of the discussions will be the war of liberation of Bangladesh – an epochal event in the history of the sub-continent!

Tributes will be to Padma Bhushan Sunderlal Bahuguna, the environmentalist known for having steered the Chipko and the movement against large dams in his native village in Tehri Garhwal, and the doyen of Hindi literature Narendra Kohli whose ten volume Maha Samar is a contemporary transcreation of the Mahabharat, and explains the context in which the literal text has to be read.
Last, but not the least, the festival will also have a knowledge vertical on the history of science in India. Unlike the West, where they looked at science, material, commercial and spiritual worlds in different silos, the Indian tradition is different. There is no divorce between the spiritual and the temporal, or the material and the ethical. The Uttarakhand Council for science and Technology will curate sessions on the history of science in India, and pay tributes to Indian sages who were masters who pronounced no artificial distinctions and took a holistic view of human life in the larger eco system of the universe.
Meanwhile, the monthly webinar series ‘Afternoons with an Author’ is gaining traction, and last month, VoW had Rajeev Mantri and Harsh Madhusudan’s book ‘A new Idea of India: Individual Rights in a civilizational state in conversation with Makarand Paranjape, Director of the Indian institute of Advanced Studies and Aroon Manoharan of the University of Boston take up the core issue of this book – how does one place a nation in the context of a civilization? This month, on the 20th June, we will be discussing The Buddha: The light of Asia by Jairam Ramesh who will be in conversation with Professors Malashree Lal and Siddiq Wahid. May I urge the readers to log into www.valleyofwords.org to stay connected with this unique festival!

(The author, an IAS officer of the 1985 batch, who has served in multiple capacities with the central and
state governments in India, is Director, the Valley of Words: International Literature and Arts Festival)

THE OLD ORDER CHANGETH GIVING WAY TO THE NEW

THE SECRET SERVICE IN INDIA