In January last year, the world witnessed the biggest ever crisis our planet has seen in several generations and undoubtedly COVID-19, is the biggest catastrophe we have witnessed since the World War II. While 70 million people perished during the WWII, and 40 million became a victim from the tragic ravages of the World War I, COVID-9 has already spread its tentacles, infecting 3.89 million people in the world till the time this piece goes to the press.
When Coronavirus gripped India in its lethal tentacles in March 2020, Prime Minister, Narendra Modi ordered the biggest and most stringent action undertaken anywhere to stop the spread of the coronavirus. “There will be a total ban of coming out of your homes. Every state, every district, every lane, every village will be under lockdown”, Modi had declared on that eventful Tuesday night on Television in March 2020. It was health versus economy for Modi at that time, and the Prime Minister put a premium on human life over the sluggish economy. 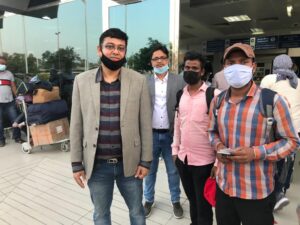 The second wave of the Covid epidemic in April 2021 in India was more tragic, though. However, a recent but extremely significant shift to the policy of changing from the individual states to the central government in procuring the vaccination and inoculating the country’s large population will hopefully bring massive relief. Although Christopher Leffler of Virginia Commonwealth University thinks that the actual death toll because of COVID in India might be around 16 lakhs (Almost 4.5 times the official figure), even then, India’s per capita death toll will be lower than that of the United States.
India is a vast country and admittedly a poor nation as well. The health infrastructure and government hospitals cannot be compared with those of the developed nations, and COVID did further crumble the country’s health infrastructure. The central or state government on their own would be unable to tackle this problem, and support from various non-governmental organisations was vital. 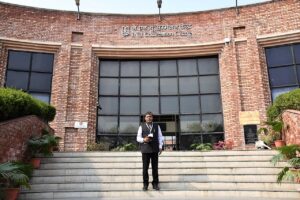 The alumni of India’s premier educational institution, the Jawaharlal Nehru University, came forward enthusiastically and garnered almost 8 lakh rupees and donated to the Prime Minister’s corona relief fund last year. This year once again, in the wake of the second wave of the deadly virus, the alumni has come together to donate funds for helping the families drastically affected by COVID-19. President of the Alumni Association of the university, Rajesh Kumar who has been a senior journalist in several established media conglomerates tells me: “It is only through volunteering for help and desire for togetherness that we will be able to see light at the end of the tunnel. We are on a mission to reach out to people, educate them on the best practices against COVID-19, debunk misinformation, cheer our healthcare workers, support the poor, deprived, elderly and all the vulnerable sections through medical and other relief materials put together by way of funds mobilised by us ever since the pandemic struck us devastatingly.” 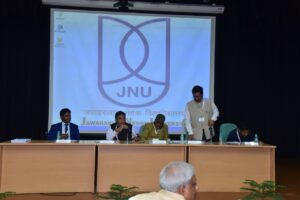 Besides generously contributing to the alumnus fund, some non-resident Indians, settled overseas, from the JNU went one step further and thought to do something bigger for their motherland and the villages where they grew up. The most prominent among them was Ravi Shankar Chand, who studied German at the university and then went to Australia for higher studies. I met Ravi recently in Dubai, who told me, “It is a collective responsibility of each and every individual in our society to stand up and take the lead to fight against the deadly wave of coronavirus instead of just blaming the government.”
Ravi took the cudgel in his hands and formed a group of NRI friends based in various countries in all the habitable continent, most of whom are mainly from the JNU and have deep love, passion, and eagerness to help their motherland during this distressful time. As soon as Dr Yukteshwar Kumar, a senior academic and the first Deputy Mayor of the city of Bath, the United Kingdom from the Asian heritage, learnt about it, he jumped into the ship of saving lives with Ravi and along with several other friends immediately commenced the works of sending oxygen concentrator, oxygen flow meters, and other medical equipment from Dubai to various districts in Bihar. So far, Bhojpur, Rohtas, Buxar, Goplalganj, Nalanda and Patna district have been benefitted. But the juggernaut of the chariot of helping others is not going to cease soon and will roll out to various other districts. 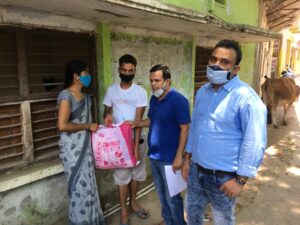 Prakash Bharti was born in the Nalanda district of Bihar in 1985 and, currently based in the UAE, suggests, “What we need to combat this unprecedented crisis is a set of values such as solidarity, commitment, courage, fortitude, perseverance and hope. So, let us come together and contribute to helping humanity prevail.”
They say charity begins at home. At a very early stage, most of these NRIs have started earning for their families from an early age so that their siblings could continue their studies and pursue their calling. All these noble souls know the importance of dreams and try to help everybody to the best of their abilities. US-based Anil Gupta, a JNU alumnus, happily contributed to Ravi’s ‘Help India’ initiative. While talking to us, he echoed Lord Mahavira’s philosophy “The excess of wealth in your hands is for the society…”
Amitabh Singh, who studied Spanish at the JNU and is currently based in Brazil, Latin America, quoted the former President of the United States Barrack Obama, “The best way to not feel hopeless is to get up and do something. Don’t wait for good things to happen to you. If you go out and make some good things happen, you will fill the world with hope; you will fill yourself with hope.”

Chandra Choubey, who too studied Spanish and lives in Mexico, South America, quipped, “A friend in need is a friend indeed; if not, he is a ‘fiend’ in greed. I personally see good people in this world. There is hope in this world. The hope of helping those in need without any greed.” Chandra donated graciously and strengthened the hands of Ravi Chand, who has also founded an organisation called ‘AmbedkarGlobal’. Ravi had recently organised a seminar in Dubai to celebrate the Birth Anniversary of Dr Ambedkar where the chief guests and guest of honour were Shri Santosh Kumar Suman, the minister for SC/ST Welfare and minor irrigation, Bihar, as well as Mr K. C. Tyagi, a former member of the Indian parliament and the general secretary of JDU.
“I don’t want to live in the kind of world where we don’t look out for each other. Not just the people that are close to us, but anybody who needs a helping hand. I can’t change the way anybody else thinks or what they choose to do, but I can do my bit.” Ranjeet echoed Charles de lint, who studied Russian at the JNU and made Pattaya, Thailand, his home for more than two decades.
Help from the NRI Indians has been extremely timely and prompt as at a time when the whole country was in desperate need of oximeters and other medical equipment, and these life-saving devices were not readily available, an extension of friendly and timely assistance by these noble souls was extremely praiseworthy. The world is indeed very large, and we will never know who and which organisations came to help during the recent crisis, but we must acknowledge those who came forward and helped millions of Indians in the most crunching and crucial time. 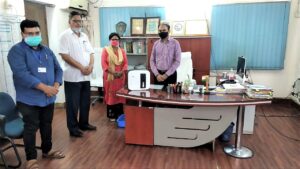 This is a fantastic example of brotherhood and service for the communities and humanity. Our society, nation and the world will become better from these selfless, kind contributions. In the end, I would like to quote Leo Buscaglia, who said, “It’s not enough to have lived. We should be determined to live for something. May I suggest that it be creating joy for others, sharing what we have for the betterment of personkind, bringing hope to the lost and love to the lonely.”

(The author is an international media professional and documentary filmmaker)