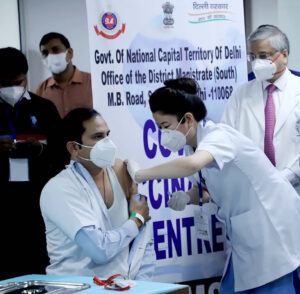 When Union Minister for Health and Family Welfare made a suo motu statement about Covid-19 in the Lok Sabha on February 10, 2020, there were just three cases in India, all from Wuhan, and the three travelled to Kerala, where they were quarantined, they got well and went home. But the country had to take other precautions and prepare itself for the pandemic. Dr Vardhan told the House: “The ever increasing magnitude of this outbreak calls for a concerted effort not only by health but all sectors of Government.
Government of India has initiated a series of action to prevent entry of the disease and contain it.” One of the things was to screen passengers coming from Singapore, Thailand, Hong Kong, and China at the airports. Vardhan said , “As of today, a total of 1818 flights have been screened covering a total of 1,97,192 passengers.” And the screening of passengers had begun on January 18. The minister had also informed that on January 31 and February 1, Air India flights airlifted 647 Indians and seven Maldivians had been airlifted from Wuhan, which was placed under a lockdown, and brough to Delhi and they had been quarantines in special camps at Manesar set up by the Indian Army and at Chawla camp set up by Indo-Tibetan Border Police (ITBP).
By the time, Dr Vardhan hade made the statement, Prime Minister Narendra Modi had set up a committee of Group of Ministers on February 3, headed by the Health Minister and comprising the ministers of civil aviation, external affairs, minister of state for home, minister of state for health and family welfare, and minister of state for shipping. The first meeting of the GoM was held the same day. At the third meeting held on March 3, the GoM was told that 5,57,431 passengers were screened at the airport and 12,431 at seaports.
On March 15, Prime Minister Modi addressed a South Association of Regional Cooperation (Saarc), and informed that India had been proactive, and it has set in place protocols like screening people coming into India and of evacuating Indians struck in other countries. He said, “We fully recognize that we are still in an unknown situation. We cannot predict with certainty how the situation will unfold despite our best efforts. 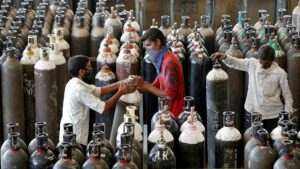 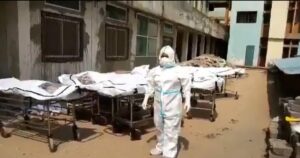