The second wave of COVID-19 has battered the Indian economy, but there is a glimmer of hope that it will gradually tide over the gloom
By Shashi Kumar Jha

COVID-19 has delivered a debilitating blow to all spheres of economic activity not only in India but all over the world. The economy of more than 100 countries plummeted so low that they had to beg for help from the International Monetary Fund (IMF). Apparently, the Indian economy has not been an exception to this worrisome trend. The coronavirus has severely dented economic activities in the country. As a result, India is facing the spectre of huge slump in government revenue and sources of income for at least two quarters.
The decline in investor sentiment has adversely affected public and private sector. Factories, restaurants, pubs, markets, flights, super markets, malls, universities, colleges have all come to a screeching halt. Supply chains are stalled around the world and this has negatively impacted various levels of supplier network. 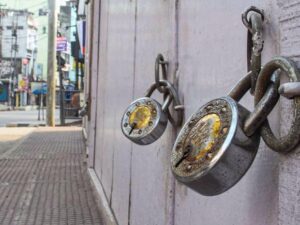 Due to lack of demand, online companies like Amazon too are facing downturn in business. The fear of Corona also makes people afraid to step out of their homes. The demand side has been hit hard by the lockdown and other containment measures. Economic activities have been derailed even with lakhs of labourers forced to return to their homes in desperation. Shadow of global recession is looming large over the horizon.

As a matter of fact, until a large number of the working class gets vaccinated, the threat of the virus will continue to hover over the economy

During the first wave of Corona last year, the lack of vaccines required the government to pay more attention to livelihoods and lives than to economic activities. In the unexpected and unprecedented second wave of COVID-19, infections and mortality rate spread so fast that despite launching an all-out vaccination drive, the government had to struggle hard to contain the COVID resurgence that obviously had a damaging impact on the economy.
Even though there are now signs of some decrease in the fury of the contagion, there are two dangers due to which the path of economic recovery can be prolonged further. The first pertains to the regional impact of the pandemic, due to which the states of Haryana, West Bengal, Karnataka, Goa may have extended periods of lockdown which can have an overall impact on the pace of economic recovery. The other big concern is the lack of vaccines and the slow pace of vaccination. As a matter of fact, until a large number of the working class gets vaccinated, the threat of the virus will continue to hover over the economy. 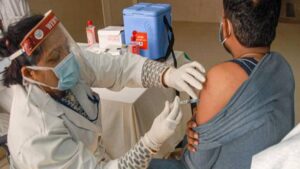 The tragedy is that India had not yet completely overcome the economic hiccups of the first wave of Coronavirus, and the second wave has badly shaken the fabric of the economy. It is an uphill task to provide monetary assistance to small and medium enterprises (SMEs) and helping countless families overcome the financial crisis. Much will depend on how companies recover from it and resume their economic activities, and most importantly when the nation begins to unlock. More than that, it will depend on how much Government of India pays attention to public expenditure and how earnest it is to infuse life in the economy to enable it to recover from recession order to restore the confidence of not only investors but also various sectors of the economy. It will have to first of all try to get the vaccination drive done on a war footing as the people who have been vaccinated will play an important role in reducing the negative impact of COVID-19 on the GDP.
India has been in a very strong position in the world in the field of technology and manufacturing and it is time that it should take the benefits of this expertise to the common people and assure them of the government’s efforts to wriggle them out of the crisis. Simplified funding facilities, hassle-free land acquisition for large projects and new business investments, flexible and supportive bureaucratic approach, administrative transparency etc. can prove to be quite helpful in achieving this goal.

Most experts are anticipating substantial economic restructuring in the wake of COVID 2.0

Of course, the Government had taken a number of steps last year to tackle the economic crisis, from food security to healthcare and additional funds for states, sector-related incentives and raising the threshold of tax deadlines. Now, most experts are anticipating substantial economic restructuring in the wake of COVID 2.0. Perhaps things will start rolling soon with the end of lockdown and the announcement of an immediate stimulus package for the most affected sectors, small businesses and self-employed people. Due to the shutdown in retail outlets, factory production was affected for some product categories due to which the economic activity in the country has been sluggish during April/May as reflected in the decrease in energy, electricity and oil consumption levels. The Government needs to keep this in mind and open industrial activities slowly and strengthen the supply chain.
There are some encouraging signs on the agricultural front, whose good position can limit inflationary risks and play a role in strengthening the rural economy. The unorganized sector (SMEs and self-employment) has had to bear the most severe impact of this entire pandemic and consequent lockdown. So, this sector needs to be given the highest priority through loans/guarantees etc which will start to bring about an overall change in economic sentiment. 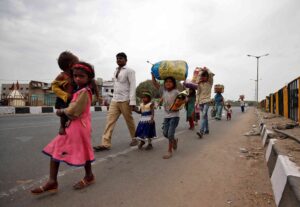 The potential of relief on the economic front is linked to the possibility of positive growth in the country’s gross domestic product (GDP) for the second consecutive time in the fourth quarter of FY 2020-21. Although according to the research report of State Bank of India, there was a decline in both deposits and loan portfolios of all banks in April/May, there is a positive change in the trend of deposits. The State Bank of India research report and assessment of Investment Information and Credit Rating Agency (ICRA) point towards positive GDP growth beginning with the March quarter. According to Aditi Nair, Chief Economist, ICRA, “The GVA (Gross Value Added) rate will be higher than the GDP (GDP) growth in the March quarter. We believe that GVA’s performance in the fourth quarter will be a meaningful indicator of an improvement in the economy.”
A recent UN report has also boosted this estimate according to which the Indian economy will grow at a rate of five per cent in 2021. Reserve Bank of India Governor Shaktikanta Das too has underlined that financial markets are gaining ground on account of optimism surrounding the vaccination programme. According to him, the manufacturing sector now faces very few bottlenecks, and consumption demand has also started picking up.
So, there is grim battle ahead, but that’s no reason to give up. 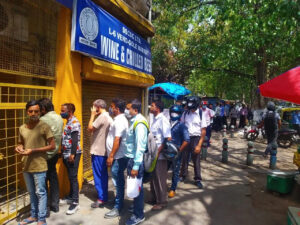 (The author is a senior journalist & columnist, who has worked with Dainik Hindustan &
Business Bhaskar and later as consultant to various Central ministries)

INVESTING IN A GREENER FUTURE