The creative consciousness of the contemporary milieu permeates the various images that Bipin Kumar draws with colours and lines but he also manages to go beyond the layers which society and events occurring around him impose on him. The sensations that his works spawn keep evoking a plethora of emotions from the viewer.

Kumar, who has established his identity as an abstract painter at the national level, composes a series of paintings which test the prominence of the subjects that he takes up. For this reason, in his paintings, from beginning to end, the allure of abstraction remains like an ethereal illusion constructed by a gifted magician.

This is evident in the subtle play of lines, colours and shapes visible in each work. In the interesting “Dog” series, the viewer derives a sense of the dogs in his own surroundings. At the same time, there are paintings on the water crisis confronting the country and the world—which I consider among his best series..

This experimental artist seeks to recreate the world with his highly sensitive and poignant paintings. He understands the creative combination of modernity and traditionalism very well. In the “Migration” series, he uses abstract shapes—a testament to the detailed thinking which must’ve preceded the actual painting.
The extent of his canvas is so vast that along with the fascination of the marvels he creates, there is also the poignant portrayal of the sheer lack of mirth, the pangs of hunger and the travails of migration in addition to many other nuances.

Kumar is one of the first line of abstract painters in the contemporary art scene. The feeling of anger at injustice, tyranny and oppression are intensely present and visible in his black and white work. Apart from colours, he has been highly experimentative on these subjects by using small to large sizes and unique shapes in black and white. 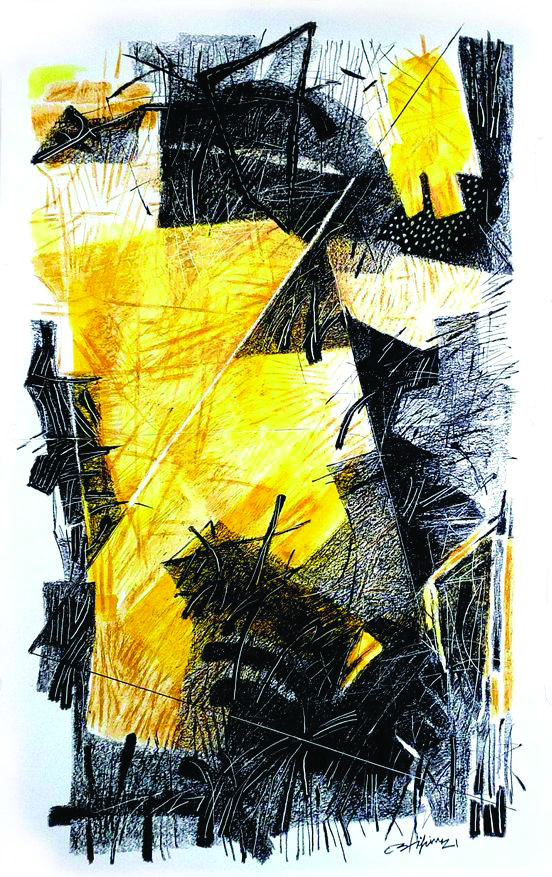 At the same time, he has done a wonderful job by creating paintings in soft pastel colours. Looking at his works, it seems that in the future he may once again return to this expression.

In life, often there come times when one faces great frustration and hardships. There are those who emerge from the ravages of pain with undiminished vitality. Such exceptional courage was shown by Kumar when in 2000, due to a major road accident, one eye was completely damaged and, after long treatment, vision in the other eye came back but dimmed with time. Recalling this, I feel the prickle of goosebumps. Today, witnessing his art and his zeal to create daily, no one could believe that he has been steeped in such creative fervour for the past two decades with only partial vision in just one eye. The monumental spirit of this gifted artist is humbling. 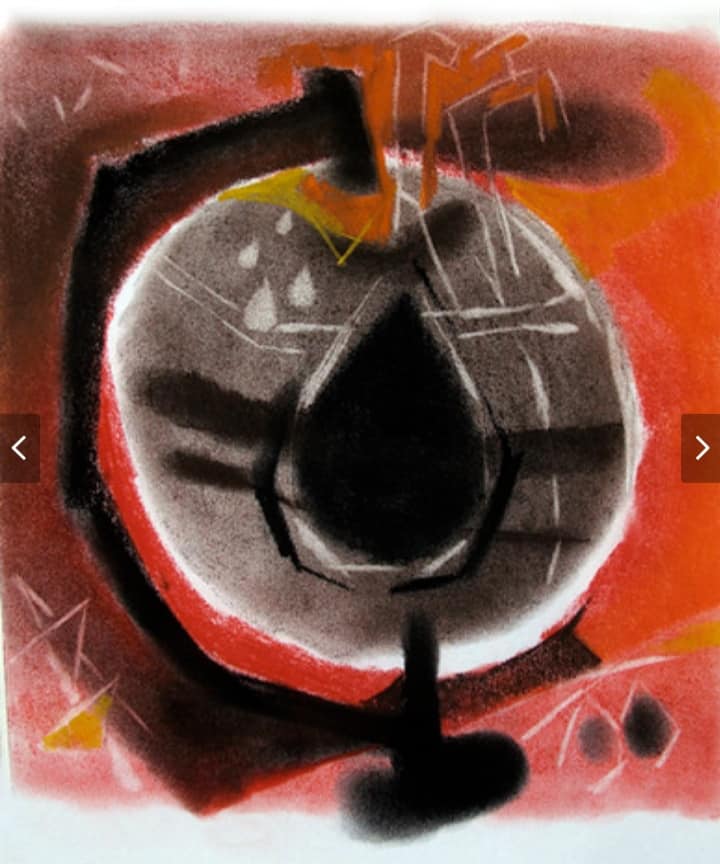 (The writer is an artist & art critic)