Nek Chand Saini reconstructed his native village in Gurdaspur, Pakistan, which he had left behind during Partition

As a childhood memory, the Rock Garden in Chandigarh offered a charming lesson in creating art from junk. Nek Chand Saini’s primitive figures and unusual landscapes were instantly engaging. Broken crockery pieces, old tyres, parts of a commode, coal-tar drums – Chand shaped the city’s rubbish into alluring creatures. Back then, Chand came across as a magician who created a miniature world of beauty and calm.

But on a recent visit to Chandigarh, I saw a different Rock Garden, one that appeared to tell 100 Partition stories. This time I encountered Chand as a chronicler of human suffering and triumph. His Rock Garden is more a testimony to the permanent damage inflicted by the Partition of 1947, and also a tribute to the resilience of human beings who rebuild from ruin. 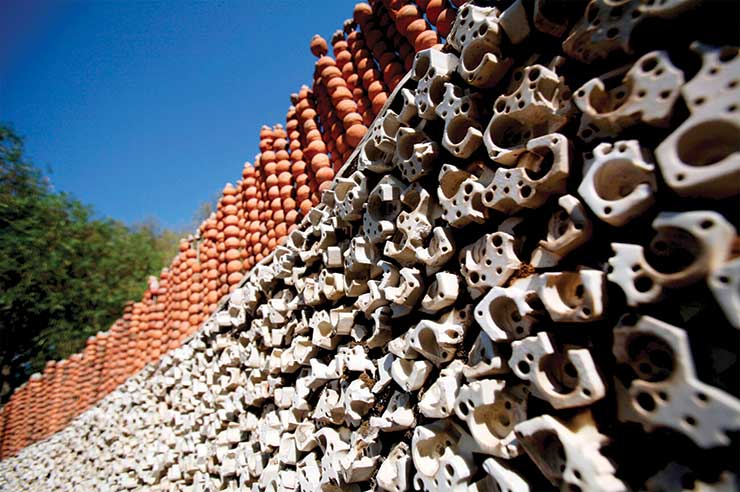 In 1951, Chand (b. 1924) arrived from Delhi (and earlier Lahore) in Chandigarh. The Partition was a fresh memory and its wounds still raw. Punjab had witnessed insanity: rape, arson, kidnapping, plunder and murder were commonplace since March 1947. At least one million died and close to 10 million were displaced due to Partition that involved the division of largely the states of Punjab, Bengal and Assam between India and Pakistan.
Some of the best Indian and Pakistani literature that emerged is located in this traumatic history of the subcontinent. Stories by Attia Hosain, Bhisham Sahni, Saadat Hasan Manto, Bapsi Sidwa, Amrita Pritam, Jamila Hashmi, Rajinder Singh Bedi and Khushwant Singh document the bloody legacy of Partition. 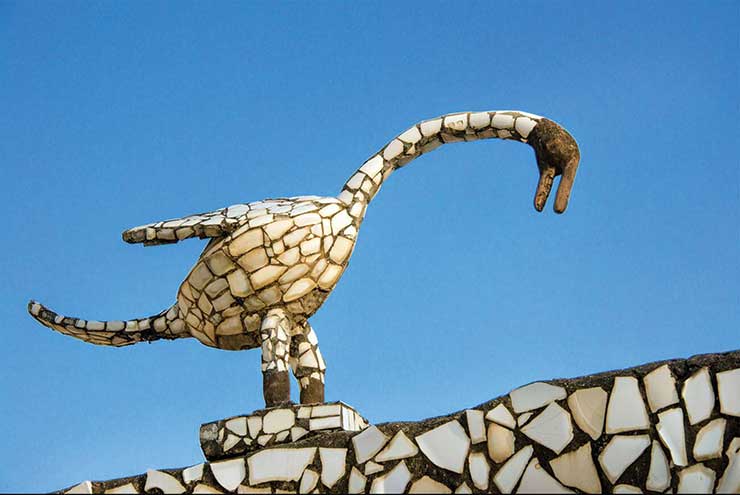 Chand, originally from Gurdaspur (now Pakistan), came to Chandigarh to work as a road inspector with the Public Works Division. As a road inspector, Chand witnessed the creation of Chandigarh as a modern, planned city that would replace Lahore as the capital of Punjab. Close to 50 villages were demolished or otherwise affected to build Chandigarh. There was a lot of debris. And amidst the rubble of rocks, pebbles, broken glass and shattered titles of the demolished village homes, Chand found the sights and sounds of his village in Pakistan. He decided to carry these items to a nearby forest and clandestinely laid the foundation of the Rock Garden. 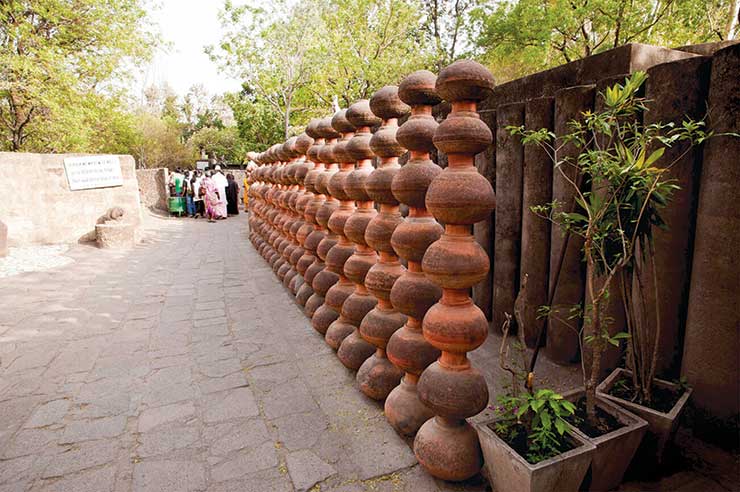 Chand created women, men and children and placed them in landscapes similar to the locations he had fled during Partition. The lost village was rebuilt, with cascading waterfalls, huts, and narrow low doorways, where elephants, peacocks, and other birds strolled along with the village children and elders.
In the debris of village homes demolished to build Chandigarh, Chand found the home he had been forced to leave behind in Pakistan. In the Rock Garden he recreated images of his lost home, including his own hut.
Chand probably struggled with horrific memories while working on the Garden. Most of his figures exude a melancholy – their eyes bear the pain of loss, their bodies seem to be frozen in the horrific months of Partition. Some look stunned, others resigned. Most creatures in the Rock Garden are ‘broken’ creatures – made with shards of crockery, shattered bangles, mangled pieces of plastic. With each figure he configured, Chand also tried to reconstruct his own life.

Below are four images of some early sculptures Chand made for the Garden, courtesy of the Nek Chand Foundation. http://nekchand.com/about-nek-chand
In his sculptures you can find characters like Toba Tek Singh of Manto’s story by the same name, Lajwanti of Rajinder Singh Bedi’s story by the same name, and Jagga and Iqbal Singh of Khushwant Singh’s novel, Train to Pakistan. A common expression many carry on their faces is of shock and disbelief.
But Chand was an optimist. His people would build another world, a new home, a new nation. The past harmed them, but the birds, animals and the cosy families in the Garden assure us that life sustains and recovers. The Garden was built in phases – the last having been built around 2003.
With each phase, Chand demonstrated the capacity to rebuild again and again. Today, visitors throng the Rock Garden for its aesthetic balance, artistic ingenuity and architectural exuberance. It gets close to 5,000 tourists every day.

(The author is a senior journalist and writes a blog on art and culture.) From the blog: https://wordpress.com/post/iforart.wordpress.com/657